Inari Taisha is located in Fushimi Ward, Kyoto City. It is said to be the most popular sightseeing spot in Kyoto among foreign tourists.

Vermilion:
Shinto shrines are rather colorless,  but Inari Taisha uses a vivid vermilion color. It is shining in the blue sky. 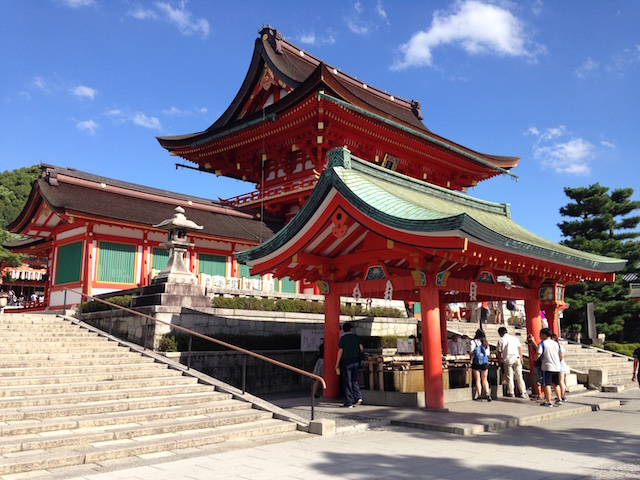 Actually, this orangish red is believed to repel evil spirits, and to prove it, it has been often used for shrines and temples.

But, at Fushimi Inari Taisha, the color has another meaning. It is said that vermilion is the symbolic color to show Inari God’s power.

Also, vermilion is composed of mercury, so it has been used as anticeptics. It means that the color was chosen not only for an evil repellent but also for material protection. 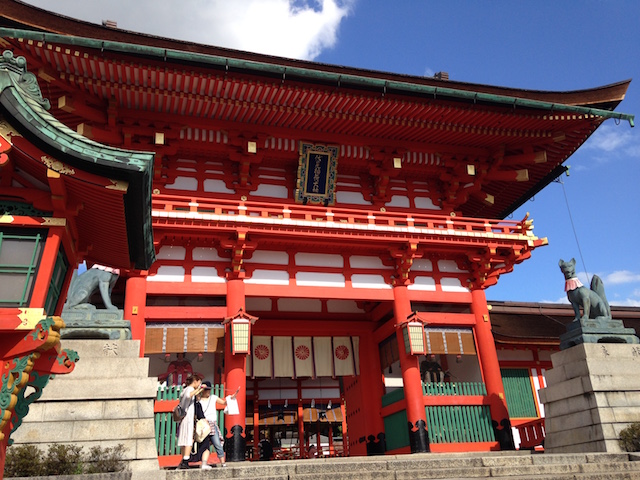 Senbon-Torii:
Inari Taisha is famous for Senbon-Torii. It means one thousand Shinto gates. But! There are about ten thousand gates in reality!!! 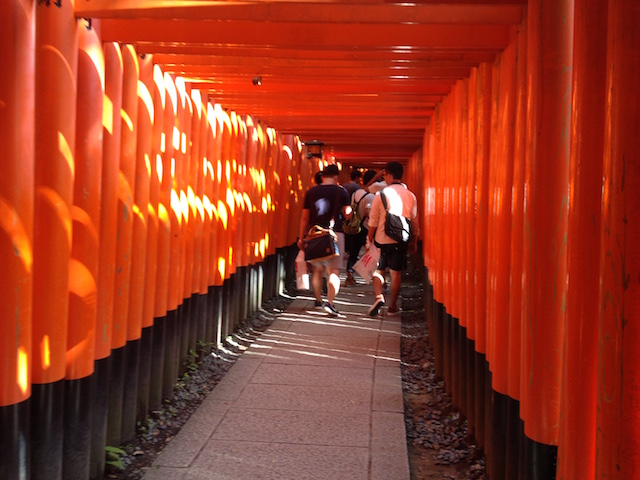 These torii gates are placed around the entrance area of the sacred mountain, where gods descend to earth. 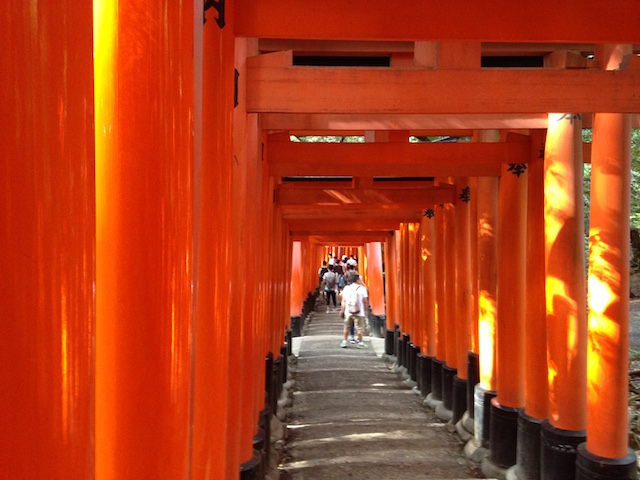 The origin of Inari Taisha:
One day, a man named Hata-no-Irogu let off an arrow at a mochi (rice cake). Then, the mochi turned into a white bird and flew off toward the top of the mountain (called Mt.Inari today), and there came out rice plants (稲”ine” in Japanese).  Rice plants grow =” ine nari “in Japanese, and finally shortened to “Inari“.

Access:
there are two train lines. If you take the JR Nara line, get off the train ant Inari Station. If you use Keihan, stop at Fushimi Inari Station. It is about five minutes on foot from either station to Inari Taisha.

At any shrine, please keep in mind that you should observe manners.