Kinukake no Michi Street (きぬかけの路) is located in the northwest of Kyoto City, and three world-famous temples stand on this street: Kinkaku-ji (金閣寺), Ryôan-ji (龍安寺), and Ninna-ji (仁和寺). All of these temples are also registered as a World Heritage site. This is the place you can’t miss when you visit Kyoto.

It is a little complicating to explain, but the temple called “Kinkaku-ji is actually named ‘Rokuon-ji (鹿苑寺)“, and ‘Kinkaku’ is the name given to the ‘Shariden’, the three-layer lofty building covered in gold leaf. ‘Shariden’ is the hall for placing a bone of the Buddha. It was registered as the Historic Monuments of Ancient Kyoto World Heritage Site in 1994.

Rokuon-ji Temple is one of the three sub-temples outside the Shokoku-ji Temple site, and was founded by the 3rd shogun of the Muromachi Shogunate, Ashikaga Yoshimitsu.

Originally in this place there was a temple called Saion-ji Temple established by Fujiwara no Kintsune (Saionji Kintsune) in the Kamakura Period (around 1192–1333). He was a court noble and had close connections to the Kamakura Shogunate (feudal government). The Siaonji family prospered during this period, but they went into decline as the Kamakura government collapsed. Then, in 1397, Ashikaga Yoshimitsu took over the land and constructed a  grand residence, called ‘Kitayamadai’, where he obtained political power.

After the death of Yoshimitsu, the whole residence, except ‘Shariden (Kinkaku/Golden Tower), was demolished and reconstructed into a Zen temple, in accordance with his will. And the Zen temple was named after Yoshimitsu’s posthumous Buddhist name, “Rokuon-indono”. It was in 1420.

This is the origin of Rokuon-ji temple.

Ryôan-ji Temple belongs to the Myôshin school of the Rinzai Sect.  It is also registered as the Historic Monuments of Ancient Kyoto World Heritage Site.

This temple is well-known for its stone garden, or Zen garden. The area of the garden is just 25m by 10m, and there are fifteen stones of different sizes, composed in five groups. They are carefully placed on the white gravel, which is raked nicely every day by the monks here.

It is a very simple garden, but, being simple tells more.

The white gravel shows the ocean, and the rocks are the mountains. To make it look like water, “water” is removed. This is the sensibility given to Japanese people.

There are pros and cons, but it is said that these rocks are intentionally placed so that the entire composition can’t be seen at once from the veranda of the temple. You can see only 14 rocks out of 15 no matter which direction you look at it from.

In Japan, the full-moon night is called “jû-go ya (十五夜)”, and jû-go, the number fifteen, is believed to be the complete number. We also say that when something has been completed, it means it has started to collapse. This is why you see only 14 rocks in this garden.

Well, who created this garden? It is unknown…  It is really stirring our imagination, and an ideal place for meditation.

Ryôan-ji Temple has a circuit-style garden, too. It is really beautiful. 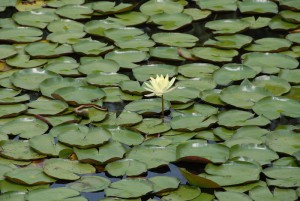 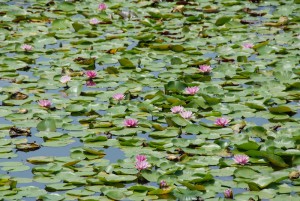 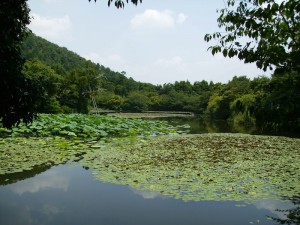 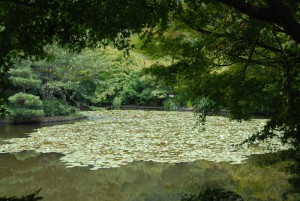 Ninna-ji is the head temple of the Omuro school of the Shingon Sect of Buddhism. It was established in 888 by the retired Emperor Uda. It is also registered as the Historic Monuments of Ancient Kyoto World Heritage Site.

This temple is well-known for its sakura (cherry blossoms). There are many visitors in spring for the flowers and in fall for red and yellow leaves. 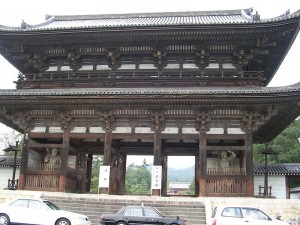 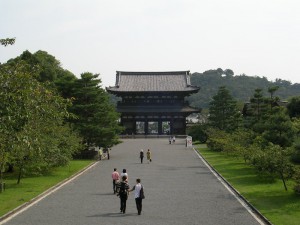 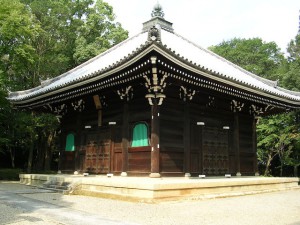 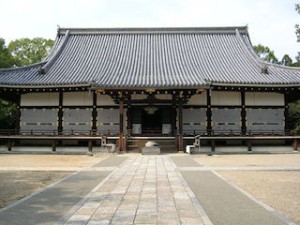 I like the landscape with sand gravel nicely raked. It is great art. 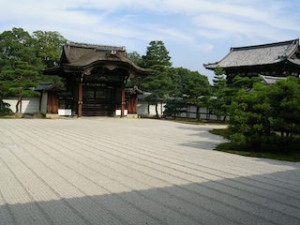 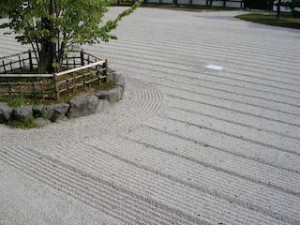 Kinkaku-ji is world famous for its golden image, but you should continue on Kinukake no Michi. You will find more beautiful sites there. Each temple has its beauty.