Our last destination was Okayama, where one of my best friends from university lives. Before the trip I contacted her and made a plan to meet up with her somewhere near Okayama Station. So I was very excited on the way in the train. A lot of memories from my school days came back to my mind….

Okayama City is a pretty big city, the second biggest in the Chugoku Region,  following Hiroshima City. Not so big, but not small, either.

The city is also famous for Okayama Castle and the adjoining Japanese traditional garden called Koraku-en.

The castle in Okayama looks strong and manly compared to Himeji Castle, which is often said to be like a white egret, rather delicate. My husband was impressed by this contrast. They are beautiful in a different way. 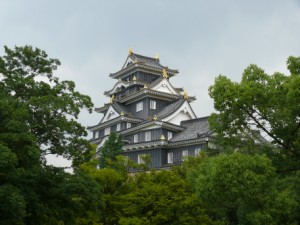 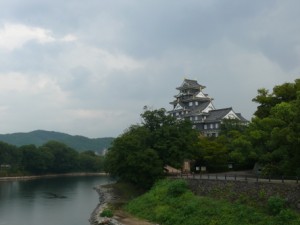 This region was once left behind in development, because battles between the East and the West of Japan often took place here in the Sengoku Period (the Warring States period), around the 16th century. Many warriors fought a battle to get more power and territory in Japan, and they often met in this region. This is why no major force was produced here. It was for the most part a rural area.

The base of the castle was made during the Sengoku Period by the Ukita clan, who was gaining the most power in this region.

However, all their domain was taken away after the Sekigahara no tatakai (the Sekigahara Battle) in 1600, because they were on the Toyotomi side, which lost the battle.

After that, the Kobayakawa clan and the Ikeda clan took over the expansion work. 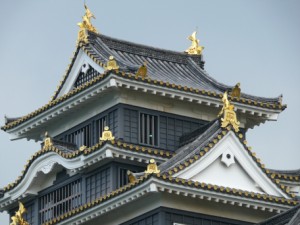 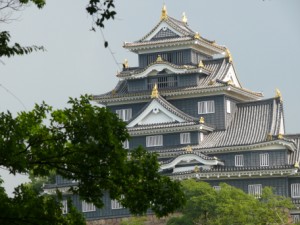 Taking a bridge across the river in front of the castle, we came to  Koraku-en garden.

It was much bigger than we had expected. My husband was excited taking a lot of photos!

Koraku-en is one of the three most famous landscape gardens in Japan. Created by the Ikeda clan in the Edo period, this garden includes a tea ceremony house, ponds, small bridges, and many kinds of trees and plants. It’s really beautiful. Enjoy taking nice photos! 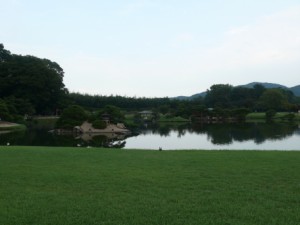 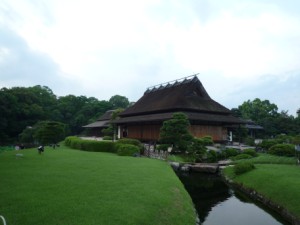 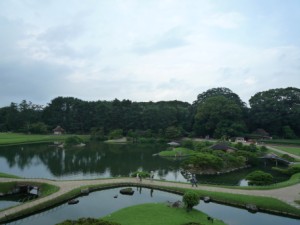 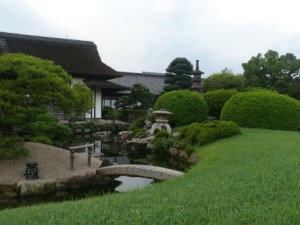 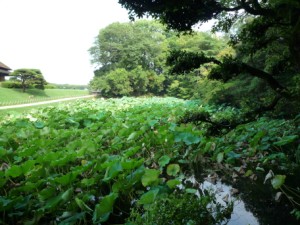 This city is located in the south of Okayama Prefecture, 15 minutes or so from Okayama City by train. It is famous for  Kurashiki Bikan historical quarter. 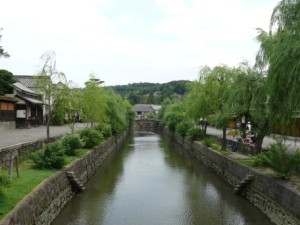 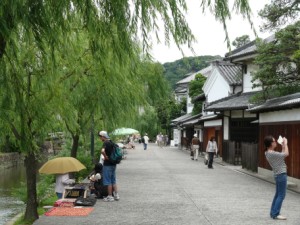 In 1642 Kurashiki became tenryo (a territory directly controlled by the Tokugawa shogunate), and a daikan office (a magistrate’s office) was placed at the same time. The city developed as a distribution and trading center of the local  products in the Okayama area. 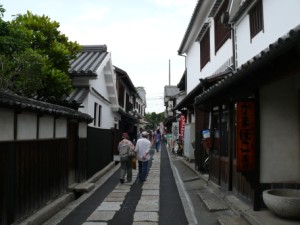 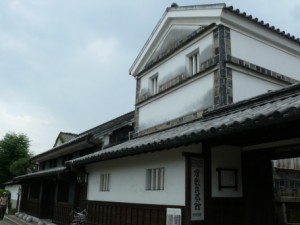 The rows of old houses remind us of the townscape of the tenryo time. 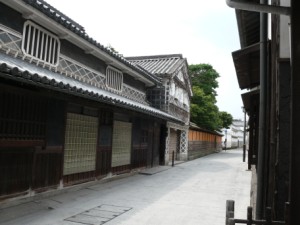 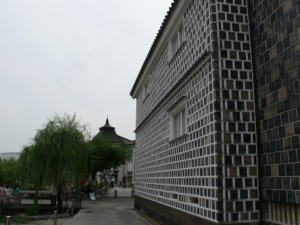 Some buildings have a unique motif on the walls. It is called Namako-kabe. Namako-kabe walls are covered with square tiles jointed with raised plaster. These joints look like a sea cucumber (namako in Japanese), and the name was given to the technique. 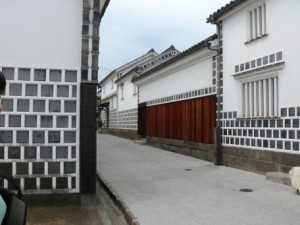 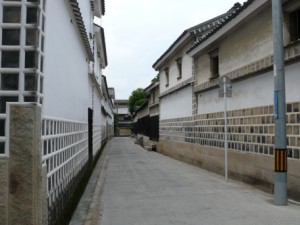 Continuing on the small path, we reached a tourist facility compound, called Kurashiki Ivy Square. The daikan office originally stood here in the Edo period, then Kurashiki Boseki (a spinning company) was built in 1888, and finally this modern space was created in 1973. It’s quite chic and stylish. 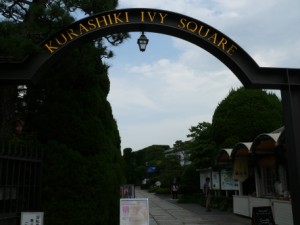 In the small pond at this square, we found some water lilies from Giverny, France! What a surprise! (See page for Giverny.) 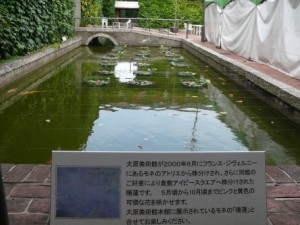